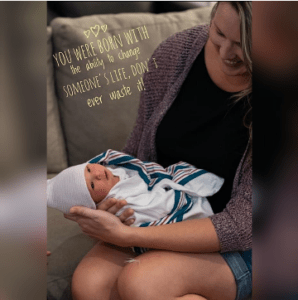 Saturday morning, August 3rd, started as normal as any other day. My daughter and I had planned to go “back to school” shopping at the nearby outlets. It was “tax free” weekend and the place was packed. We were at the 2nd store of the day and had picked out and tried on everything she wanted and got in the ridiculous long line to checkout. It was hot, August in South Carolina is miserable if you didn’t know. The store was so hot from the heat outside and the massive crowd inside. We were standing in line, shoulder to shoulder with the other shoppers and I started to have some pain in my stomach. Now with my previous two pregnancies, the contractions didn’t start first. My water broke first with my daughter and I just started heavy bleeding with my son. So I wasn’t sure if this was contraction pain or just random abdomen pain or maybe even braxton hicks because I had been having those the previous two weeks. So I didn’t think much about it at first. I just knew I was hot and ready to get out of that store.

As we waited in line, the pains would come and go and some of them made me hold my stomach and lean on my daughter for support. We finally pay for our things and head into the next store. We looked for a little while and about 15 minutes in, I turned to my daughter and said, “I think I am having real contractions”.  She looked shocked(she was 8 at the time) and said, “mama, we should go!”.  I said, “No, it’s okay. Let’s finish up here”. Well, as soon as the next contraction hit, I said, “Yep, let’s go!” So, I didn’t even bother to buy the stuff I had in my hand. I just put everything down and headed to the car.

We got home and I told my husband what was happening and of course, he freaked out a little, as he had done with my previous pregnancies as well. I reassured him that it was fine and I was going to take a shower and finish packing my bag. I knew I wanted to wait as long as I could to go to the hospital because I hated being laid up in a hospital room for hours and not being able to get up and move around. After the shower, I decided it was time to text the intended mother (IM). The intended parents (IPs) were on their way from Washington D.C. They had flown to DC the previous weekend and the intended father (IF) worked while the IM and her Mother-in-law had been sight-seeing. They let me know that traffic was awful and that they were just in Virginia. I started to panic just a little bit thinking that they may not make it in time. I tried to stay calm as I text them, as I wanted to keep them calm. They said they would not stop unless absolutely necessary and get there as fast but as safe as possible. So after my shower I decided to lay down and rest for a bit and start timing my contractions. Finally at 6 PM, the contractions were about 3-5 minutes apart, so I told my husband it was time to head to the hospital.

We got checked into triage and it was a little past 6:30 PM. The IPs were only about 30 minutes away at this point. Triage told me I was only dilated to a 3. I was kind of shocked and frustrated, I felt like I should have been further along. So I texted the IM and told her what was happening and to grab them something to eat since they hadn’t stopped and we had a little bit of time. They were too eager to get there to stop and get a good meal, so they grabbed something quick at a nearby drive thru. The IM comes to triage about 7:30 PM and she looked super panicked/anxious as all first time moms feel when they are about to meet their first child. I tried to stay calm and just make small talk with her. The nurse came back in to check me again and I was at a 5 and they were finally admitting me. Once we got to the labor and delivery room, the IPs were both there and I was in a pretty good bit of pain at that point but still trying to stay as calm as possible because I could tell every time a contraction hit the IPs got super tense. It was like they hated seeing me in pain. But I tried to reassure them that I was fine and it was just all part of the process. They stepped out while I got my epidural. I hate that part, it’s super terrifying for me. I was ready to get that over with. I tried to rest a bit but the epidural gave me serious chills and I could not stop shaking. The IPs kept asking if this was normal and the nurse assured them it was. At this point, I couldn’t do much talking to try and keep them calm. I was just focusing on working through the pain and shakes. It went really fast after that. I think we got the epidural around 9:30 PM and a little before midnight I was ready to start pushing. I was terrified but ecstatic at the same time because I knew sweet relief was close. The IPs stood at the top of my head on one side, while my husband held my hand on the other side. It only took 3 rounds of pushing and sweet surrobabe was out. 12:14 AM, Sunday, August 4 is when he came into this world. They let the IF cut the cord and handed the baby to his mother. I was overwhelmed with emotion. The feeling of amazing relief of the pain and seeing the IPs fall absolutely in love with their child, who’d they’d been waiting on for a very long time. I wasn’t sure what I would feel when this moment finally came. Would I be sad, happy, indifferent? I can’t express in words how incredibly happy I was to do this for them and see them holding and admiring their sweet baby. I never felt an ounce of sadness or regret. It was a greater joy than I could have ever imagined. They took the parents and baby out fairly quickly while they finished with me. And then we waited to go to a room. I was able to manually express some colostrum before we even left L&D. Once I got to my room I asked my husband to get me something to eat. We ate and then I slept. That was definitely the best after birth sleep I have ever gotten as I didn’t have to get up to take care of a baby.

The surro family was in the room right next to ours. I felt comfort in knowing that they were so close. I rested until probably noon Sunday and then got dressed and ready to finally hold surro babe. He was so tiny and sweet with a beautiful head of thick, dark hair. He was the cutest. My husband and I both held him. We took pictures. They couldn’t stop expressing their gratitude. It was such a sweet moment between two families who had become so close in a matter of hours during this whole labor. It was incredible.

I was able to check out of the hospital at 4 PM that day and go home to my family. The kids couldn’t wait to see pictures. The IPs and baby stayed in the hospital for a few more days. And then they checked into their nearby AirBNB where they would stay for about 4 weeks. We were able to visit them and we ate meals as a family, and held the baby, and they played with my kids. I think my kids would have gone home with them if I would have let them. We just felt so close. And they were the most generous people I have ever met. They were just so grateful that I had done this for them. But I was just as grateful and humbled that they had chosen me to be a small helping hand on this journey. We hated to see them go back home but the baby is thriving and so are his parents. We get updates, pictures, and videos often and I love seeing him grow. One of the most incredible journeys of my life. <3 Thank you Abundant Beginnings for helping to bring so much joy to two families. 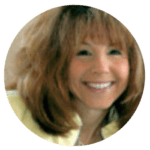 Being a Case Manager for Abundant Beginnings 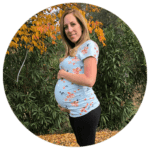 The Joy of Helping a Couple Become Parents 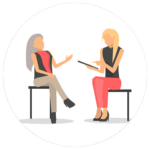 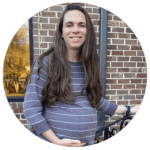 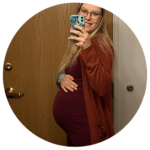 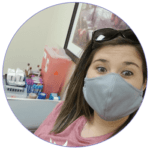 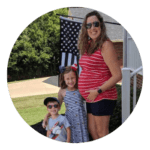 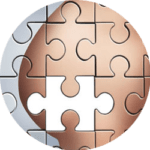 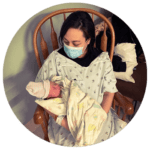 Pregnant during Covid with a surrogate baby! 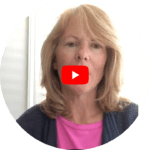 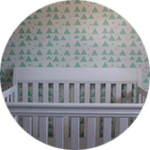 Starting Surrogacy During a Pandemic 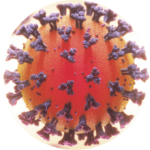 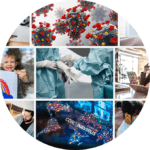 In These Uncertain Times…